On June 30th, CAAAV marched and chanted side by side with immigrant/refugee rights groups, housing rights organizations, and police accountability organizations calling for the reunification of the families detained by ICE but also the end of family detentions. Grassroots organizations for decades have called to #AbolishICE, and it shouldn’t take a crisis for the mainstream to pick it up.

Although the exact number is still unclear, we know that more than 2500 children have been separated from their families, and about 300 of these children are being held in New York City. There is an immense amount of uncertainty about when these children will be reunited with there families, and what is unsettling is that these families and children fled countries in Central America (El Salvador, Guatemala, and Honduras) and Mexico because of gang violence, poverty, and lack of economic stability in hope of seeking asylum in the United States, the “land of opportunity”. Unfortunately families were separated even before entering. 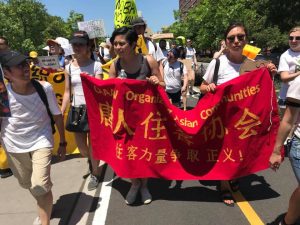 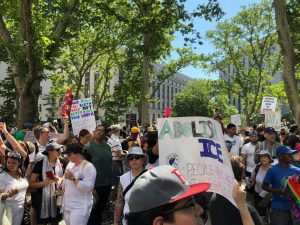 Our country needs to take responsibility for the atrocities it creates around the world – economically, environmentally, and the civil wars.

Families belong together regardless of their immigration status. Children and babies do not belong with authority but need to be with their parents. Separating families is a inhumane tactic and confining families is an old tactic being renewed strategically. Joining the 30,000 people at the march was empowering, and CAAAV supports the abolishing of ICE and reuniting families!

From Palestine to Mexico, all the walls have got to go! 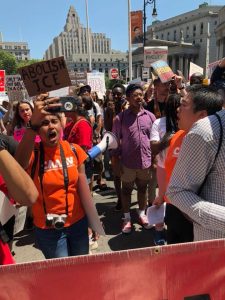 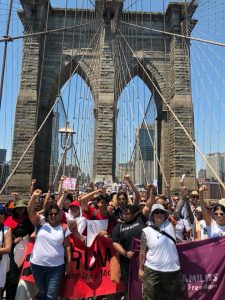