Last week we won a major victory in the fight against gentrification in Chinatown and the Lower East Side, but we still have bigger battles to come.

On Thursday, August 1st, New York State Supreme Court issued a decision nullifying city approval of the proposal for three luxury megatowers in the Two Bridges neighborhood. Judge Arthur Engoron ruled that no permits should be issued and no construction can begin, unless the developers re-apply and undergo a more stringent form of public review. This is not a permanent victory – it’s an opportunity, a major delay in construction which will allow our community to push for changes to local zoning laws that will protect our waterfront from overdevelopment for the long haul.

What does that mean for Chinatown and CAAAV’s Chinatown Tenants Union members? CTU members have fought for years to protect the waterfront and Two Bridges neighborhood, with the understanding that luxury development along the waterfront has been a driving force of gentrification in many NYC neighborhoods, like Williamsburg and Long Island City.

When the affordable Pathmark grocery store on Cherry Street closed in 2012, CAAAV members and many others in the community protested, knowing the lot would be prime for luxury development. When that lot became Extell’s One Manhattan Square tower, our fight continued. And when the three proposed luxury megatowers were announced in late 2016, we started with working the waterfront residents’ organization TUFF-LES, and our fellow community organization GOLES, to organize the community and protect our neighborhood by pushing for a contextual rezoning of the Two Bridges area based on the Chinatown Working Group plan. 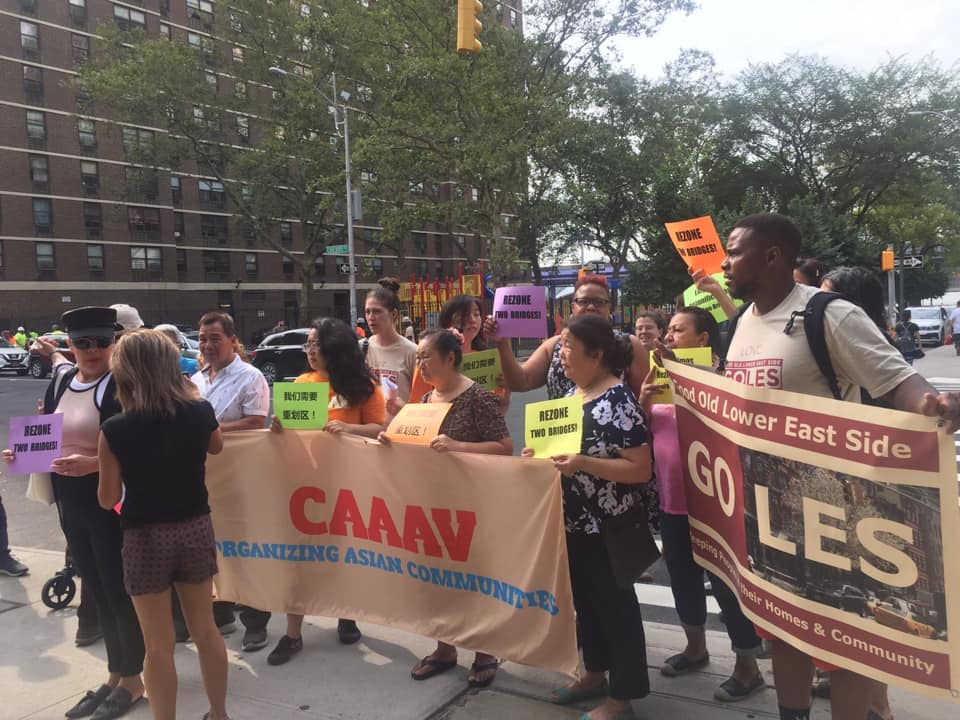 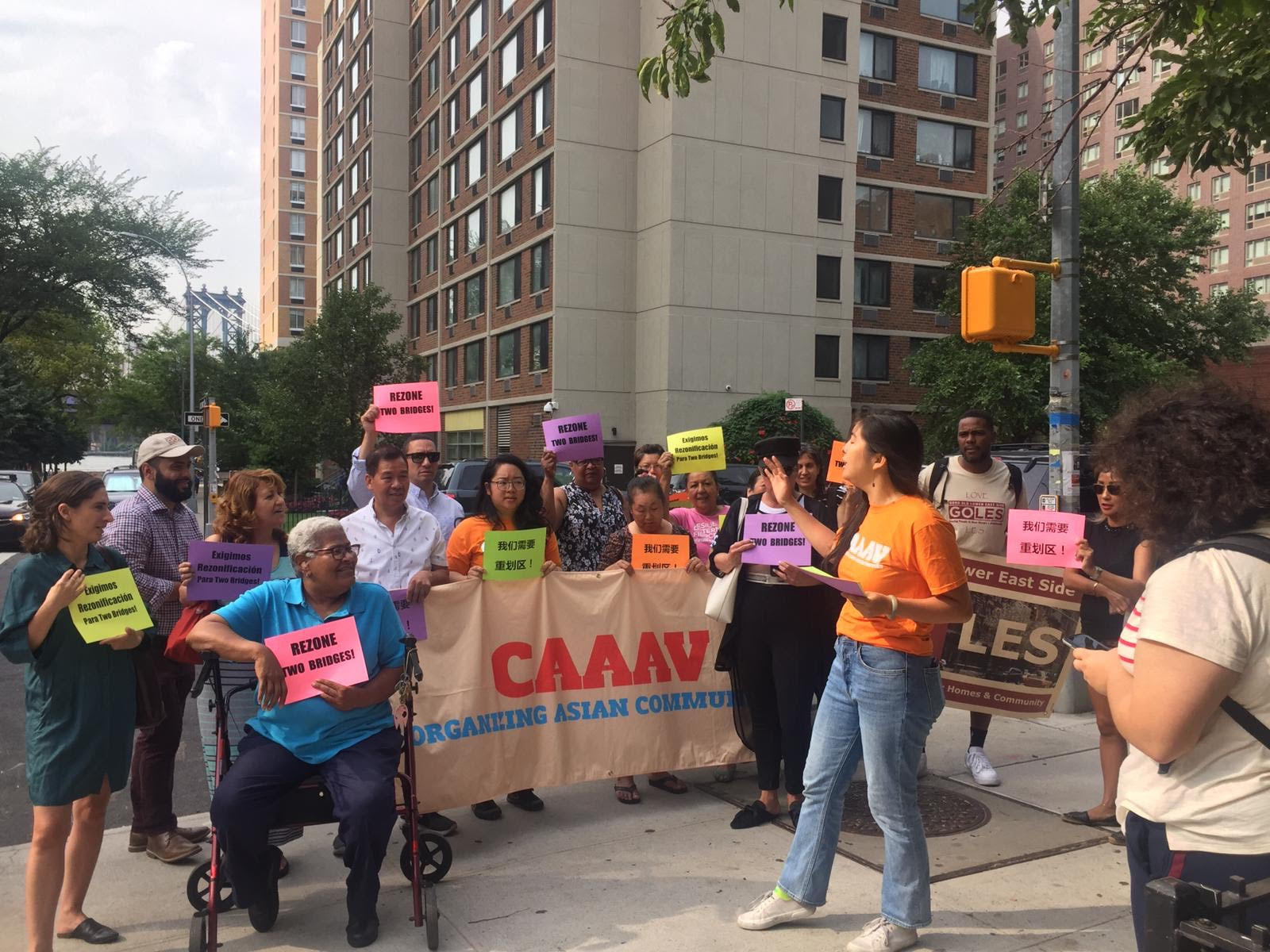 In October 2018, the City Planning Commission, the body that initially approved the three luxury towers, held a public meeting for the general public to testify and share their thoughts on this project. Our members and youth joined this meeting and testified against the towers in Chinatown based on their direct experience as a resident of this neighborhood and how the towers would impact their housing and living conditions. Testimonies included concerns over the overcrowded East Broadway train station, secondary displacement of residents due to gentrification impacts, particularly senior citizens, and overcrowded public schools.

However, in December 2018, the City Planning Commission still approved this giant proposal. And so, we challenged them in court – filing a lawsuit with TUFF-LES and GOLES contesting the CPC approval based on inadequate public review. Our lawsuit is still awaiting a decision from Judge Engoron, but the lawsuit decided last week – filed with similar claims by Borough President Gale Brewer and the New York City Council, led by Speaker Corey Johnson and local Councilmember Margaret Chin – asks for the same fundamental relief, nullification of the megatowers approval & no construction. Judge Engoron agreed with the necessity of that important demand.

It has been a long, long fight, and last week we won a major victory. A delay in tower construction means time for our community to organize and strategize. Two Bridges needs a rezoning, and now we have a real opportunity to make that future possible. A heartfelt thank you to our allies at TUFF-LES and GOLES, to our legal representation at Takeroot Justice, to the many other organizations like ANHD and CCCE who have worked on our rezoning proposal, to the elected officials, and to everyone that has been with us in this fight so far – and if you’d like to get involved in the future, please contact Chinatown Tenants Union organizer Melanie Wang at mwang@caaav.org.